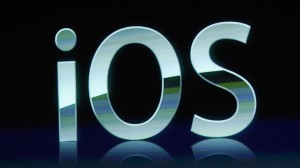 Later this year, Sonos will be discontinuing controller support for Apple devices running OLD versions of the iOS operating system.

Sonos will be releasing software updates that will add new features but impact the Controller App for older iOS devices (iPad, iPhone, iTouch).  This system update will not allow devices with iOS 4 or iOS 5 to control your Sonos System.  These older versions run on the first generation iPad, iPhone 3G and the second and third generation iPod Touch.

Note that Apple does not support current versions of iOS on older devices, so it is not possible to simply upgrade to a current iOS.  Also note, our understanding is that these Sonos updates affect the entire system, not simply the controller, so it is not an option to simply use the old iOS app to control your system.

You still have many other ways to control your Sonos system including:

If you have any question about this issue, don’t hesitate to contact us.

Let us discuss your Audio/Video interests. People tell us we are fun to talk to!